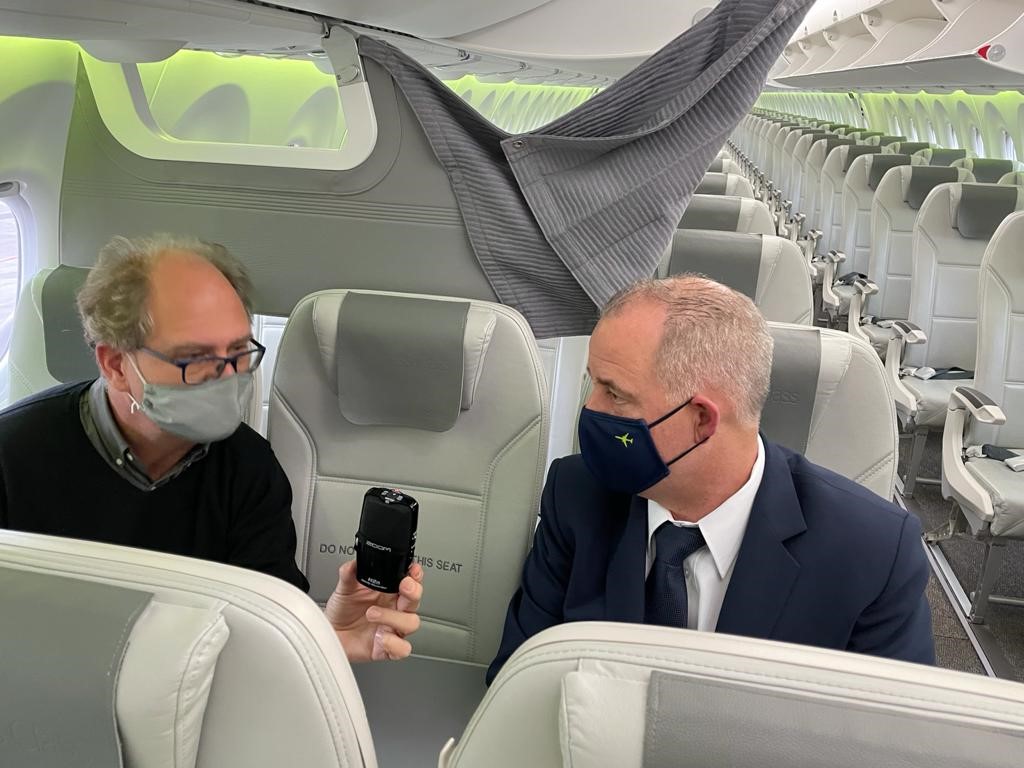 Air Baltic CEO Martin Gauss is at the control both of his airline and its A220s.

Asked recently on which airport he’d love to land most, given a choice, Martin Gauss, without hesitation, said “Sydney”.

He’s been to the city he now misses several times, most notably in October 2019 on a promotional tour to the Pacific on the Airbus A220.

That brought his aircraft in Air Baltic livery nose to nose with a Qantas A380, and CEO Alan Joyce joined him for a demo flight. At the time, Gauss was riding as a passenger.

“For Australia, that would be a perfect aircraft. And read more ⇒