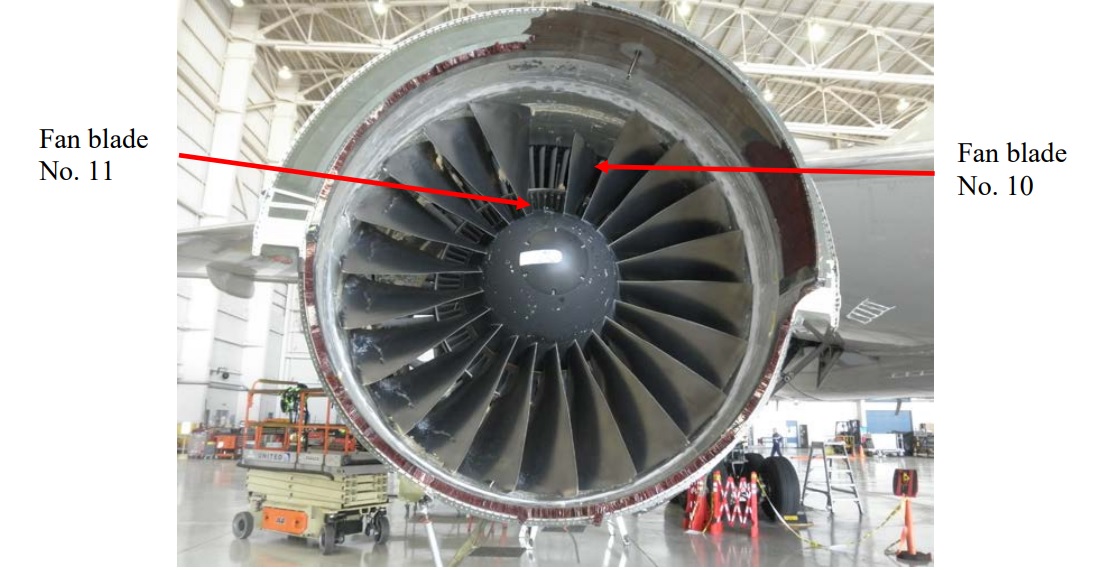 Picture of the P&W 4000 engine involved in the 2018 incident. Fan Blade 11 is missing and Fan Blade 10 is sheared off. Credit NTSB

Boeing has recommended the grounding of all P&W powered 777s which number 128, of which 69 are in service and 59 in storage after the engine explosion on a United Airlines 777 on Saturday.

The worldwide fleet of 777s numbers 1,656, the majority of which are powered by General Electric engines.

There have now been three serious incidents involving the P&W-powered Boeing 777, one involving United Airlines in 2018 and the other Japan Air Lines in December.

In a statement Boeing said: