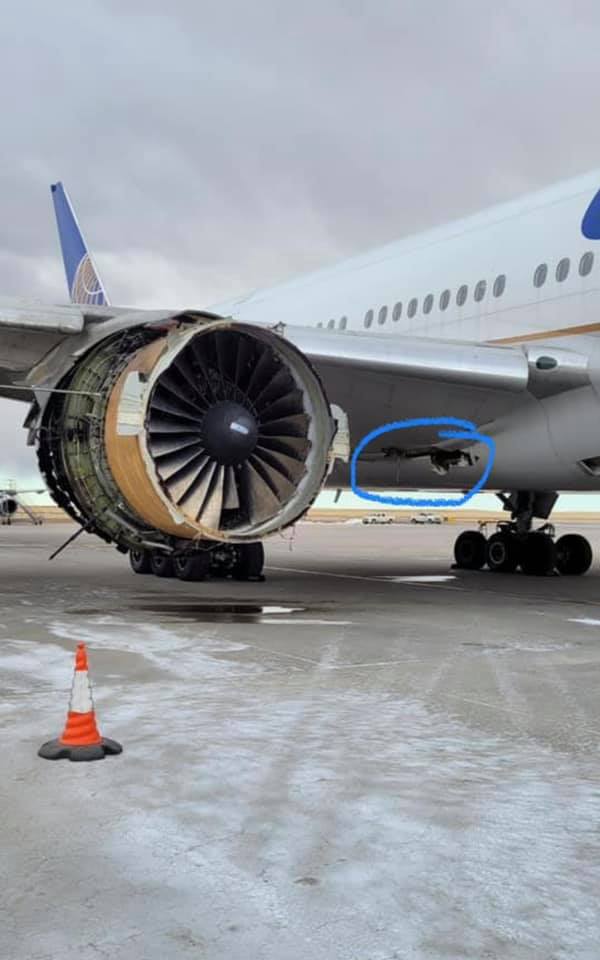 Pictures have emerged of the damage done to the United Airlines 777-200 that suffered an uncontained engine failure of one of its P&W 4000 engines on Saturday.

While most of the debris showered down on the neighborhood below some penetrate the aircraft’s structure.

However, the area impacted is not the fuselage itself but an outer fairing, typically made of a composite or fiberglass material.

There appears to be no structural breach of the pressurized fuselage or leaks from fuel tanks.

What is clear from the photos is a read more ⇒