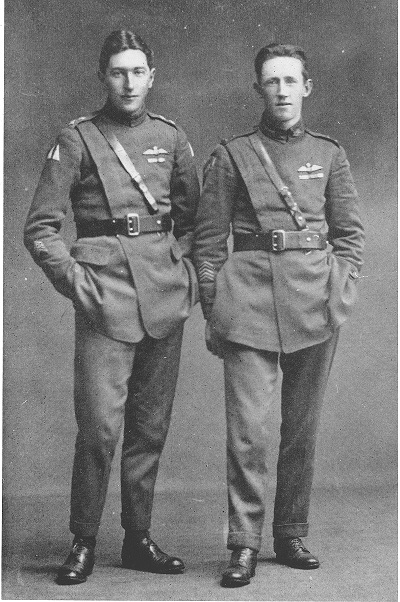 It was formed by Australian Flying Corps veterans Hudson Fysh and Paul McGinness together with grazier Fergus McMaster just 17 years after the first powered flight by the Wright Brothers, two years after the end of World War One and at the tail end of the last major global pandemic, the Spanish Flu.

The new airline focused on conquering the “tyranny of distance” that was a major barrier to the growth of modern Australia. Its early chances of success were uncertain, to the point early backers called their investment “a donation”.

But Qantas persisted with charter flights across Queensland and the Northern Territory and began its first scheduled flights in 1922 as a mail service that carried some passengers.

By 1926, Qantas was the only airline in the world to be operating, building and maintaining its own aircraft and in 1928, the Royal Flying Doctors Service was launched using Qantas aircraft.

A major leap came when Qantas spreads its wings overseas in the 1930s in partnership with British Airways forerunner Imperial Airways.

By 1938, Qantas was operating flying boats to Singapore using Sydney’s famous harbor as the city’s first international airport. Comedian and film legend Charlie Chaplin was one of its early international travelers.

Advances in aircraft technology saw Qantas break new boundaries and by 1942 it was operating 30-hour flights over the Indian Ocean to Ceylon using Catalina Flying Boats to maintain a link with Britain. Pilots on the service saw the sun rise twice, earning them “The Secret Order of the Double Sunrise”.

By the end of the 1940s, its strategic importance saw it nationalized and the 1950s saw it flying Super Constellations around the world.

Australia’s flag carrier was an early adopter of the new Boeing 707 passenger jets and in 1959, the airline operated the first transpacific jet service between Sydney to San Franciso via Fiji and Hawaii.

Qantas continued to connect Australians to the world through the 1960s and in the early 1970s introduced an aircraft that would come to define it for the rest of the century: The Boeing 747.

It would go on to operate almost every 747 variant and demand developments that would extend the plane’s range.

The 747 reduced the cost of flying overseas and opened up international travel to the average Australian.

Qantas achieved another milestone in the 1970s by inventing business class and in 1974 received national acclaim when it evacuated thousands of people from Darwin in the aftermath of Cyclone Tracy.

The 1990s saw major changes as the airline was first merged with domestic carrier Australian airlines to take its current form and was then privatized in 1993. This was also the decade it launched the “I Still Call Australia Home” campaign and wowed the world with two striking aircraft in Aboriginal livery.

The 2000s saw the launch of QantasLink as four regional airlines were combined and the arrival of low-cost carrier Jetstar in 2004.  The Airbus A380 superjumbos, now in storage in California, entered the fleet in 2008 to becomes the airline’s new flagship in terms of comfort and amenities.

Industrial turmoil and a dramatic engine failure off Singapore marked the start of the next decade. The industrial trouble prompted Joyce to make an unprecedented decision to ground the airline in 2011 while the engine failure uncovered a manufacturing flaw at engine-maker Rolls Royce.

The airline undertook a major restructuring in 2014 and in 2018 it connected Europe and Australia for the first time with a Boeing 787 service between Perth and London.

The airline, like others around the globe, has entered the 2020s grappling with the devastating impact of COVID-19 but remains better placed than many to handle the onslaught.

But it again faces a changing domestic aviation landscape with a restructured Virgin Australia returning to life and new jet competition on major routes from Regional Express.

Qantas chief executive Alan Joyce has declared the airline ready to fly again as Australia opens up from the COVID shutdown on its 100th anniversary.

“Between our cities and regional towns, and from the rest of the world. Qantas prided itself on closing that gap. Before COVID interrupted, we were working on non-stop flights from the east coast to New York and London – the last frontier of global aviation.

“For most of this year, it’s the distance between Melbourne read more ⇒