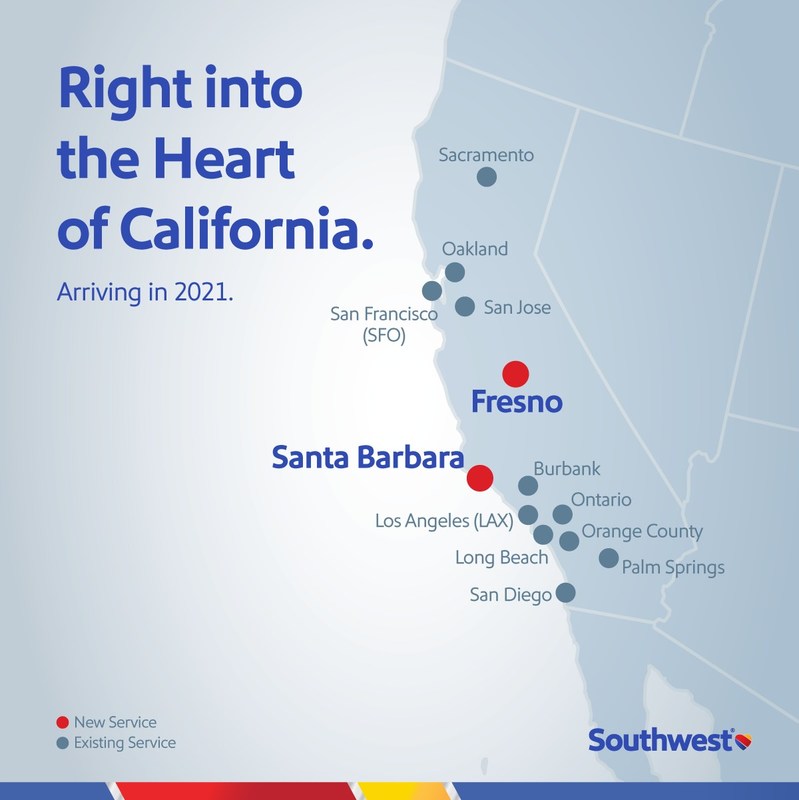 “Our arrival in the Heart of California, both on the Central Coast and in the Central Valley, will round out nearly four decades of investment in our California Customers and communities,” Southwest Airlines Chief Commercial Officer & Executive Vice President Andrew Watterson said.

“While other airlines seem to fall in and out of love with the state, we’re focused on increasing the reach of our low fares read more ⇒