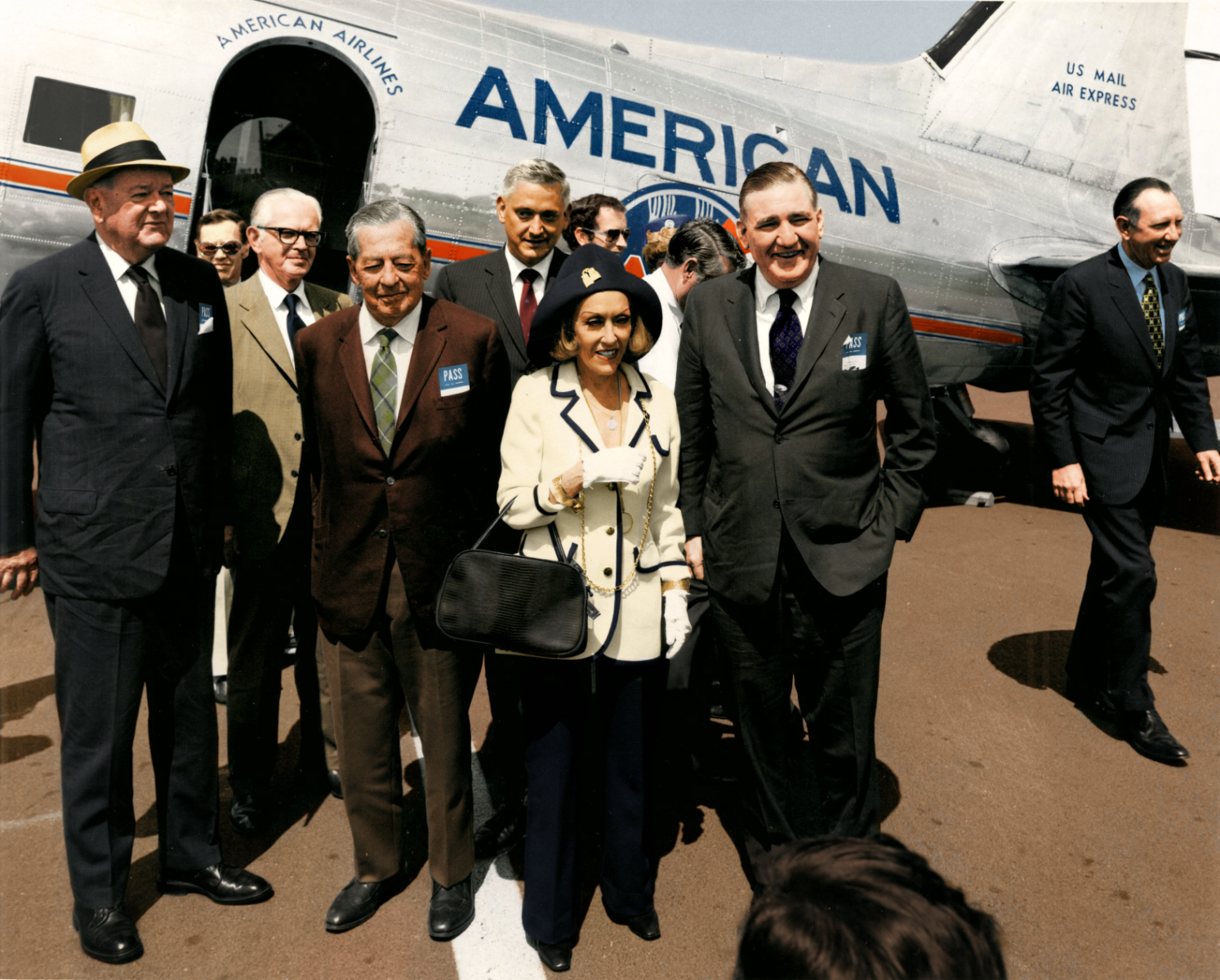 A 1971 photo of Cyrus Smith (left) and Mr Douglas 3rd from right in brown jacket.

Mr. Collbohm, who occupied the right seat, recalled 40 years later that “it was just a routine flight. I can’t separate it in my mind from any other test flights we made in those days.”

Chief designer of the DC-3 Arthur Raymond didn’t remember the event either: “When the plane was ready, I suppose Carl and the others simply got aboard and took off.” And take off they did to the history books at 3 p.m. for a 1 hr. 40 min. flight, landing just as dusk was approaching.

With it, came nightfall for every other commercial plane flying. 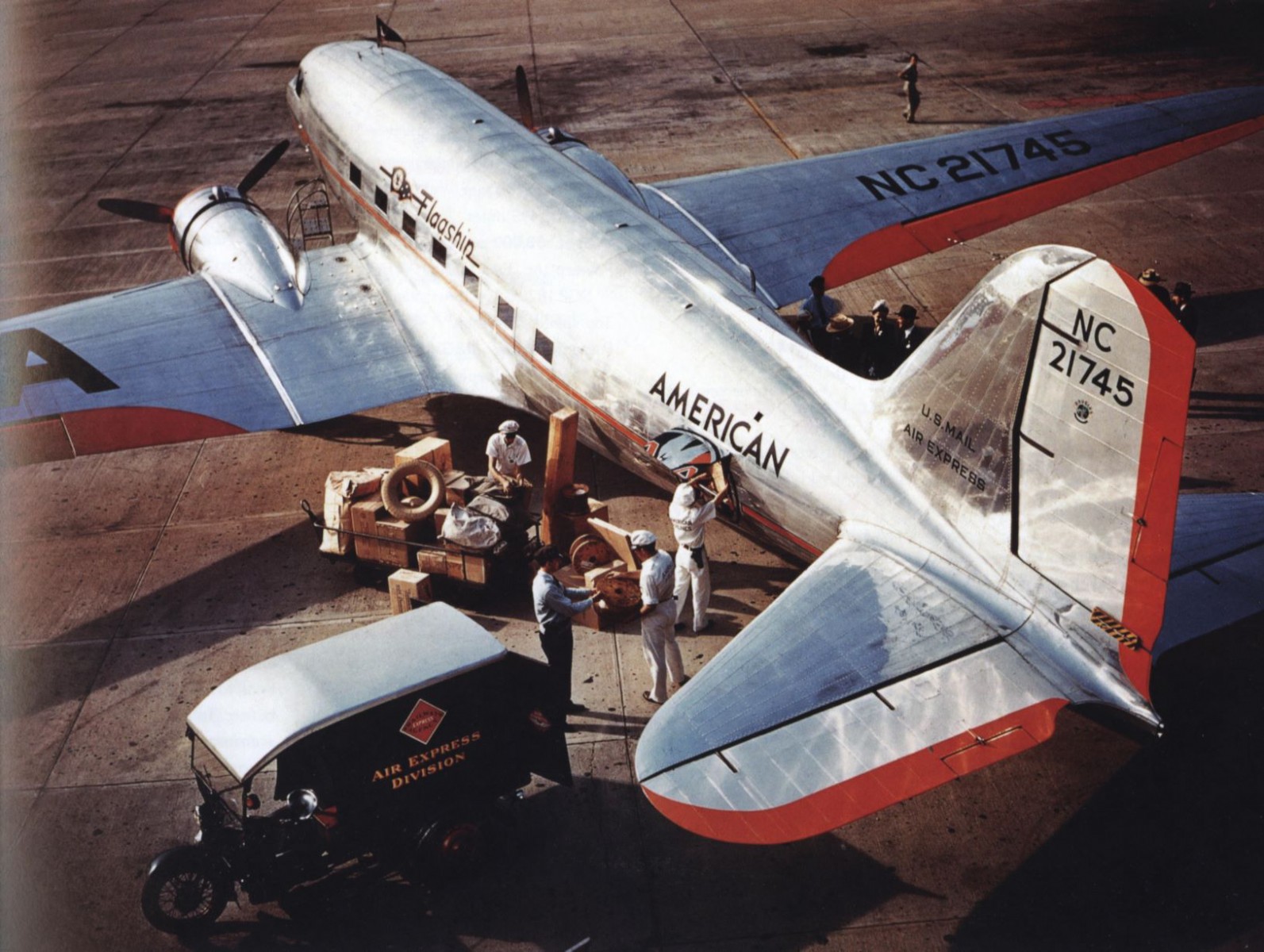 The DC-3 instantly redefined travel because it was the first plane that could make money just carrying passengers freeing airlines from government mail contracts and stops at tiny out of the way places. Now airlines could link bigger cities non-stop and slash traveling times.

Within three years, 95 percent of all passengers in the US were flying on DC-2s or DC-3s. Globally that number was 90 percent.

Movie stars, such as Shirley Temple, also played a big role in helping sell the DC-2 and larger DC-3, and “flying on a Douglas” quickly became “the thing to do.”

And as recently as 2008 the DC-3 was still in the movies helping James Bond out of one of his many tight spots. In the “Quantum of Solace,” Daniel Craig was in the cockpit of a DC-3 with the lines; “Let’s see if this thing will fly.” It did and some!

And just as James Bond impresses with technological wizardry the DC-3 was a marvel for its day. 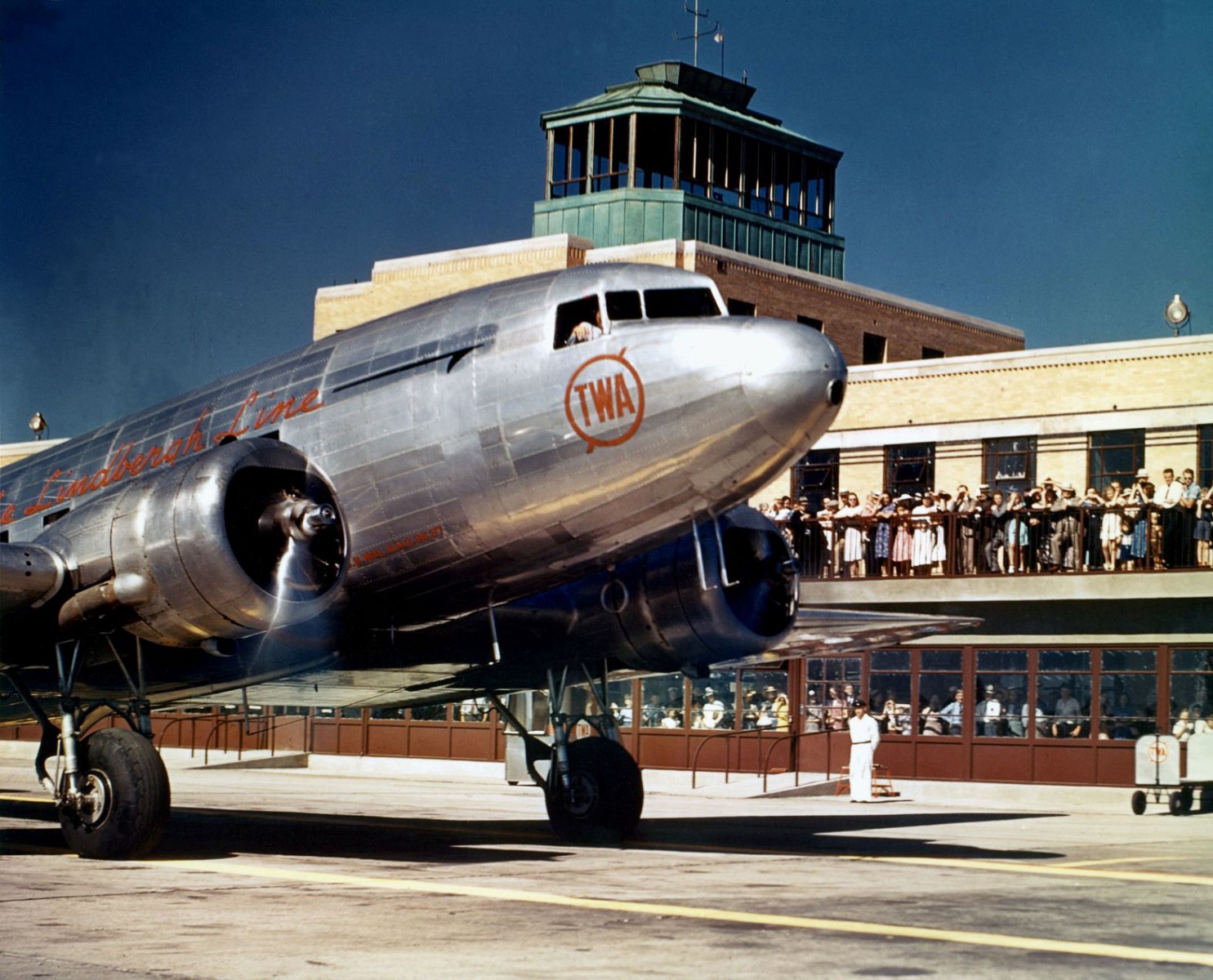 The impact of the DC-3 on the world’s economy was immense. Flying was now safe and economical.

In the US, passenger fatality rates plummeted sevenfold and in 1939 the “Scheduled Airlines of the United States” were awarded the prestigious Collier Trophy for flying 17 months without a single fatality.

Owing to the safety record of the DC-3 insurers began offering flight insurance in 1937 for the first time to passengers and pilots while the practice of temporarily cancelling policies when passengers set foot on an aircraft was discontinued. 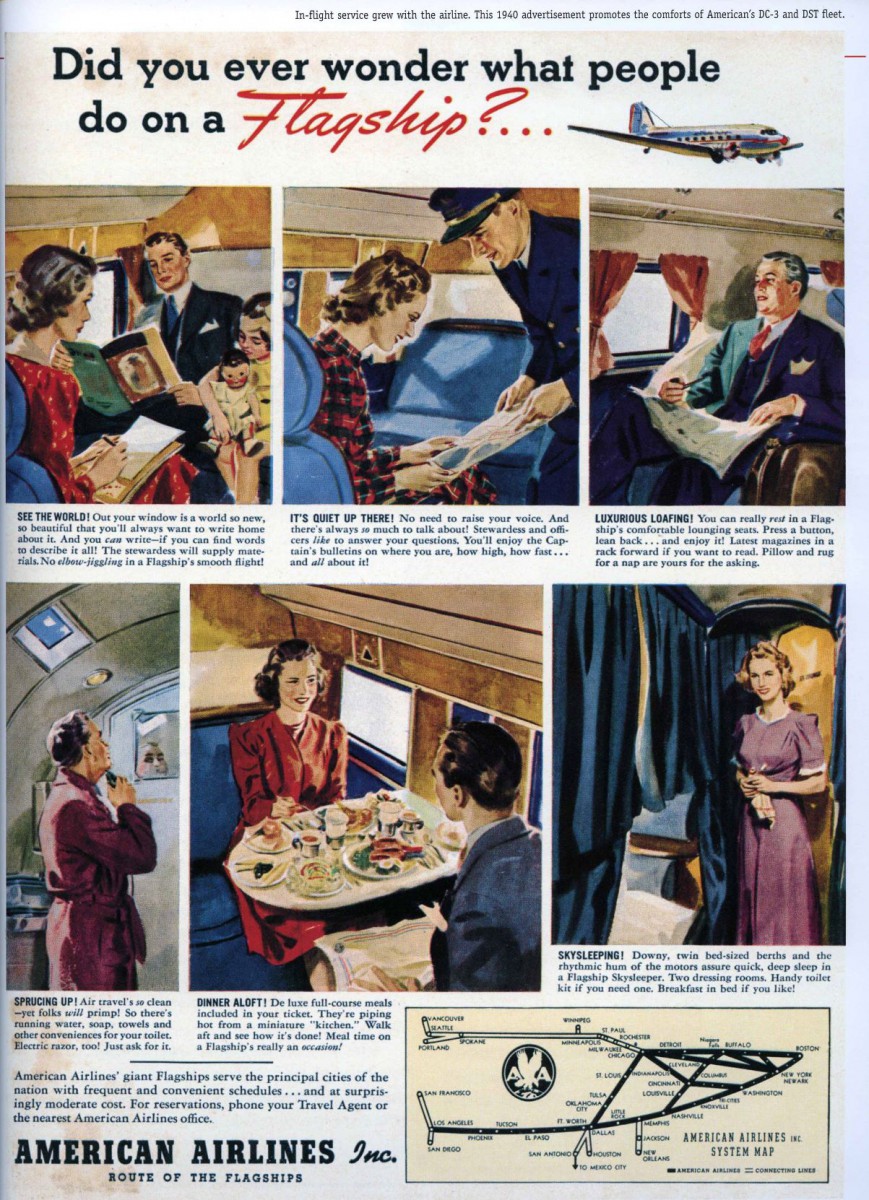 Time magazine commented: “That insurance companies can now bet US$5,000 to two bits (25 cents) against a passenger being killed on a flight of some 800 miles is one of the best pieces of publicity which US airlines ever had.”

And Mr. Douglas would appear three times on the cover of Time in recognition of the DC-3 and his leadership and organization of the US war effort in building 300,000 planes between 1940 and 1945.

The amazing performance and economics of the DC-3 saw a 50 percent decline in airfares by 1940 compared to when it entered service in 1936.

During WW2 the DC-3, or Dakota or C-47 became the backbone of the allies transport armada with over 10,000 produced in the US. Most were built by women. 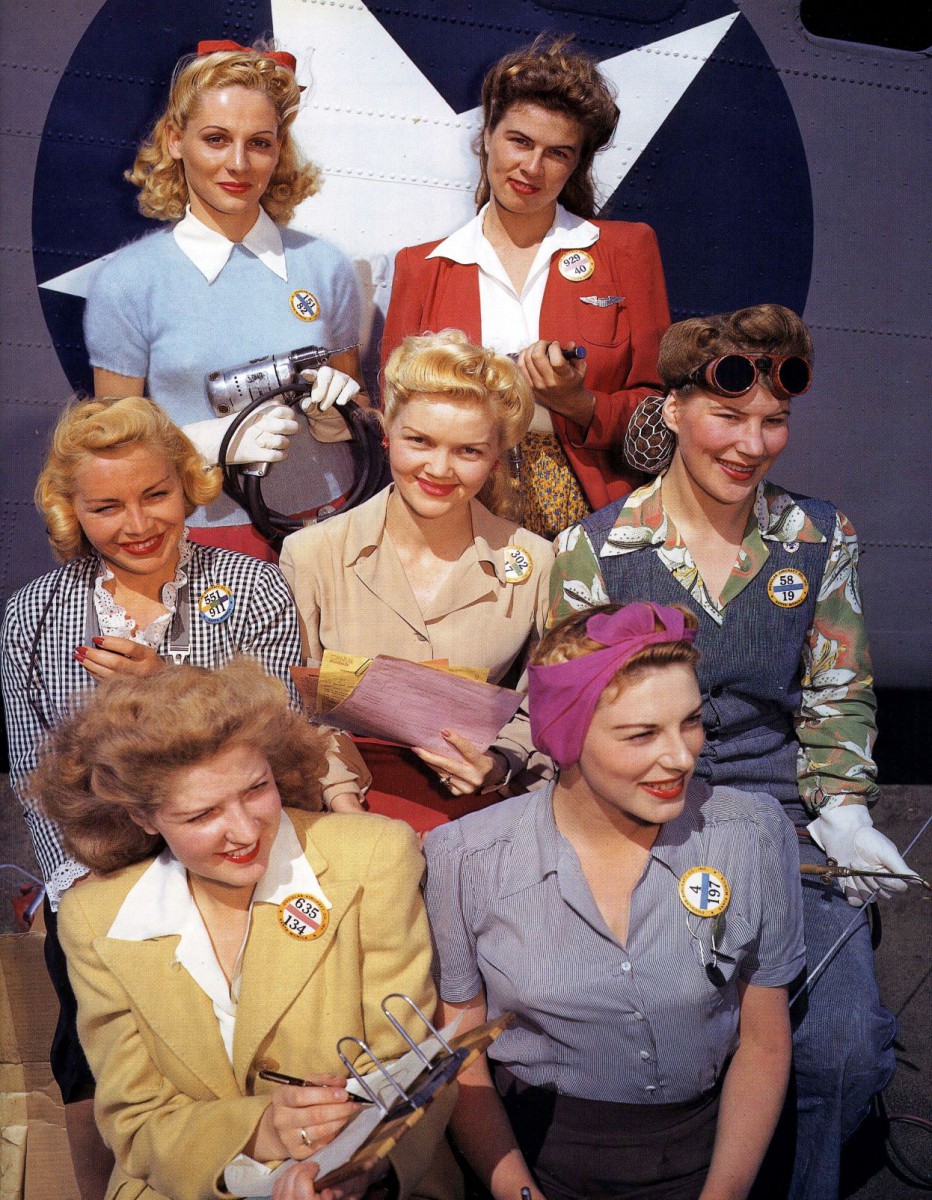 During World War 2, Douglas employed more women by percentage — 85 percent — than any other defense company, and the company’s peak workforce was 160,000.

The women — nicknamed “Rosies” after one of the first women to work in a defense factory — turned out DC-3s, or Dakotas as they were better known in Australia, at the staggering rate of one every 34 minutes. Individually, they took three-and-a-half days to build.

Thousands of DC-3s flooded the commercial market after WW11 and they helped restart the world’s economy.

Today the DC-3 keeps on flying! Estimates have the global fleet at about 200.

While many are only seen at air shows there are well over 100 still hauling freight and passengers. Cost? A good one goes for $500,000.

And there is little doubt the DC-3 will keep on going and be still earning money when she reaches 100.

She taught the world to fly and she turns 85 today but she had an extraordinary, almost uncaring birth.

The man who wanted her couldn’t afford her, the man who built her was reluctant to build her and the men who first flew her on December 17th, 1935, didn’t bother to arrange a photographer to capture commercial aviation’s greatest moment.

Legendary American Airlines’ President Cyrus Smith who wanted the DC-3 as a sleeper transport was in “a cold sweat because he just didn’t have the money to pay for them,” according to Donald Douglas Sr., famed founder of Douglas Aircraft Company in read more ⇒