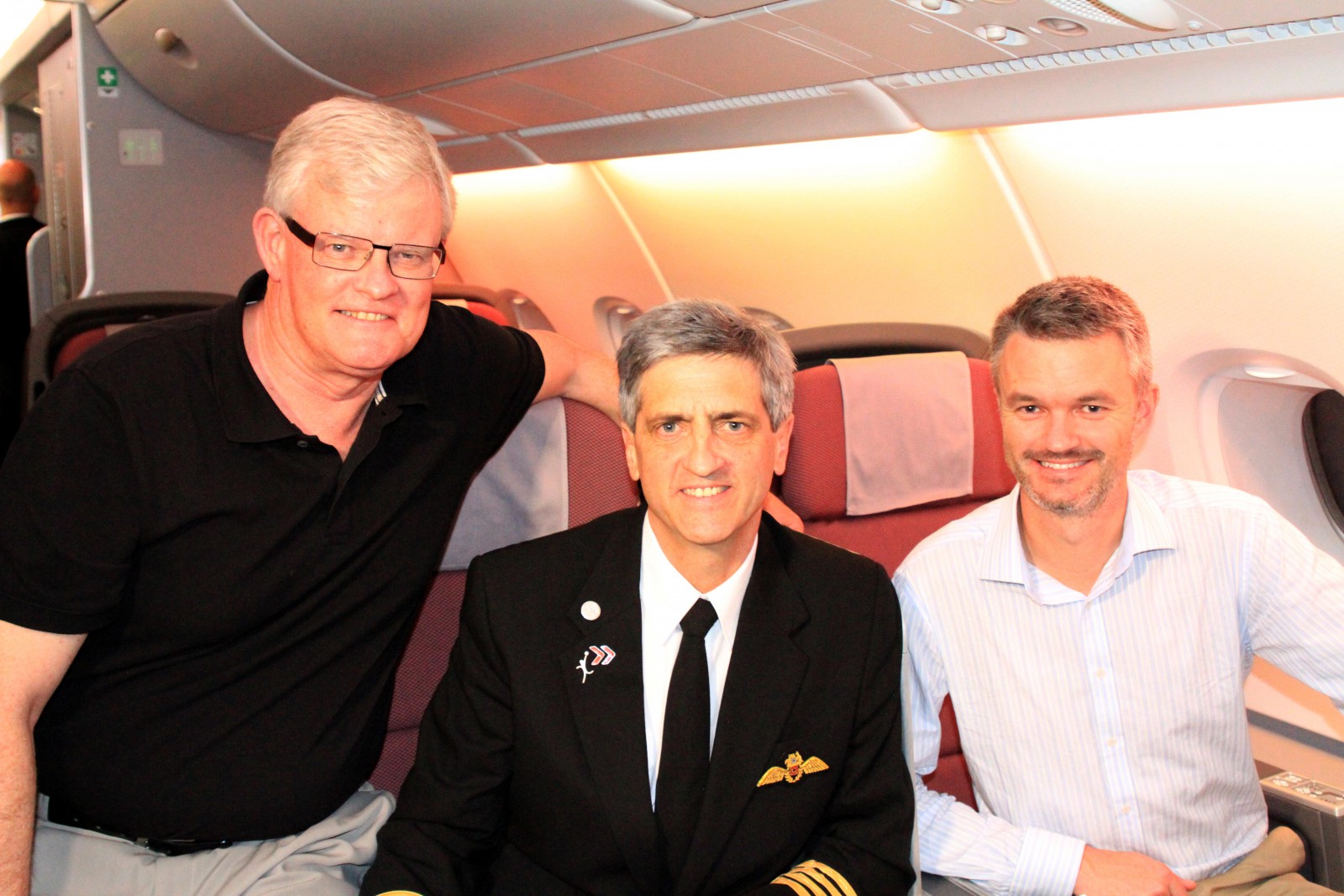 The author, with Captain Richard de Crespigny and Gerard Frawley, then Publisher of Australian Aviation on the final leg of QF32 in 2012 from Singapore to Sydney.

Is there a solution?

The authors of the RAeS study urge:

Capt. Robert Scott of the RAeS Flight Operations Group is blunt on the problem.

“Over the last two decades, we have seen what can only be described as a ‘Dumbing Down of the Airline Pilot’. The intellectual and physical skills once required of the pilot have largely been replaced by an emphasis on soft skills and automation management. The pilot who once cynically challenged sources of information now readily accept information from a variety of sources, many computer-generated, without question. We know from bitter experience that when this information is flawed it is often not recognized as being useless to safe flight path management.”

Some pilot mishandling and loss of control accidents

May 22, 2020: Pilots of Pakistan Airlines A320 ignore multiple warnings and ATC instructions, land with undercarriage up but then take-off before crashing killing 98.

Feb 5, 2020: The pilot of a Pegasus Airlines 737 lands in Istanbul in a storm and tailwind, and the aircraft slides down embankment killing 3 and injuring 180.

May 5, 2019: The pilot of Aeroflot Superjet made a landing at too high a descent rate after a lightning strike, killing 41.

Feb 18, 2018: Pilots of an Iran Aseman Airlines ATR 72 attempted a landing at Yasouj airport in Iran in bad weather against company policy. Killed 66

Jan 23, 2018: Pilots of Pegasus Airlines 737, overran the runway at Trabzon in Turkey in bad weather. Miraculously all 168 on board were uninjured.

March 19, 2016: Pilots of a FlyDubai 737 set an incorrect aircraft configuration and suffered a loss of situational awareness at night. All 62 aboard died.

A flight crew ignore air traffic controllers’ pleas, forget to lower the landing gear, and ignore multiple cockpit warnings resulting in 97 deaths(above), while another crew landed their plane well down a rain-soaked runway in a storm with a tailwind, the resulting crash, miraculously, only killing three.

Just two of the dozens of accidents in the past five years that should never have happened.

The culprits? Declining pilot skills due to computer automation, cost-cutting, and substandard regulatory oversight in some countries.

That is the worrying tale of aviation safety today where automation, which should make flying safer, is deskilling pilots and leading authorities read more ⇒