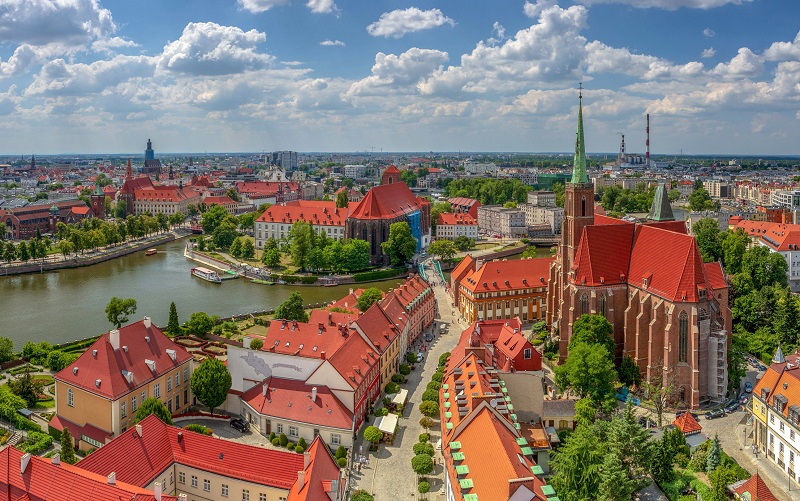 Two of the cities have never before been served by BA and flights to all four will head out from London Heathrow from the beginning of July and operate throughout the summer.

“It’s great to be launching new routes as we listen to our customers and assess where they want to travel,’’ said British Airways director networks and alliances Neil Chernoff.

“We know these four new destinations will be popular with people visiting friends and relatives, but they also offer great city breaks, when the time is right, with flights that head out just before the weekend and return on Sunday.”

Flights to Wroclaw will operate twice a week while those to Gdansk, Riga and Cluj-Napoca operating three times a week.

The British carrier last operated flights to Riga in 2007 and flew briefly to Gdansk between 1999 and the early-2000s. It has never served the other two airports.

The airline said the flights complemented an already strong network to most of the countries with regular flights scheduled to Krakow and Warsaw in Poland, and Bucharest in Romania.

It will also launch a new summer service to Perugia on June 28 that was due to start in 2020 but was delayed due to the impact of the pandemic.

Ryanair has released a Summer 2022 schedule featuring more than 10,000 flights per week across 500 routes to its most popular destinations with promises of more to come.

The leading European airline is offering a mix of beach holidays, city breaks, adventurous landscapes “and all of the cultural experiences customers have been eagerly awaiting”.

Popular summer destinations such as Barcelona, Ibiza, Lanzarote, Lisbon, Malta, the Greek islands and Naples are on the list along with Berlin, Krakow, Venice, Rome and Seville.