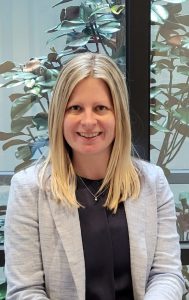 Her responsibilities include the airline’s brand, marketing, communications, stakeholder relationships, product and pricing.

It intends to launch next year using fuel-efficient Boeing 787 MAX aircraft and is in the process of seeking regulatory approval from the Civil Aviation Safety Authority.

Bonza will enter a market that has thwarted several previous attempts to launch airlines, including by experienced players such as Singapore Airlines.

However, Jordan and his backers believe there is scope for an independent, ultra-low-cost entrant in the Australian market despite the existing battle for market share between Qantas Group, Singapore-backed Regional Express and Bain Capital’s Virgin Australia.

The airline has yet to publicly reveal specific routes and fares but has said it will be avoiding the highly competitive Brisbane-Sydney-Melbourne triangle in favor of regional and leisure destinations.

Jordan said Tuesday the winning recipe to any success was people.

“It’s absolutely critical we have the right leadership team, who are wholeheartedly committed to making a real difference to travelers and communities in Australia,’’ he said. “Peter, Carly and Lidia are up for the challenge to do things differently, whilst also creating an environment our people and partners can feel proud to call home.  I’m delighted to have them on board.”

New Australian low-cost carrier Bonza will draw on executives with aviation experience at home and overseas when it takes to the skies next year.