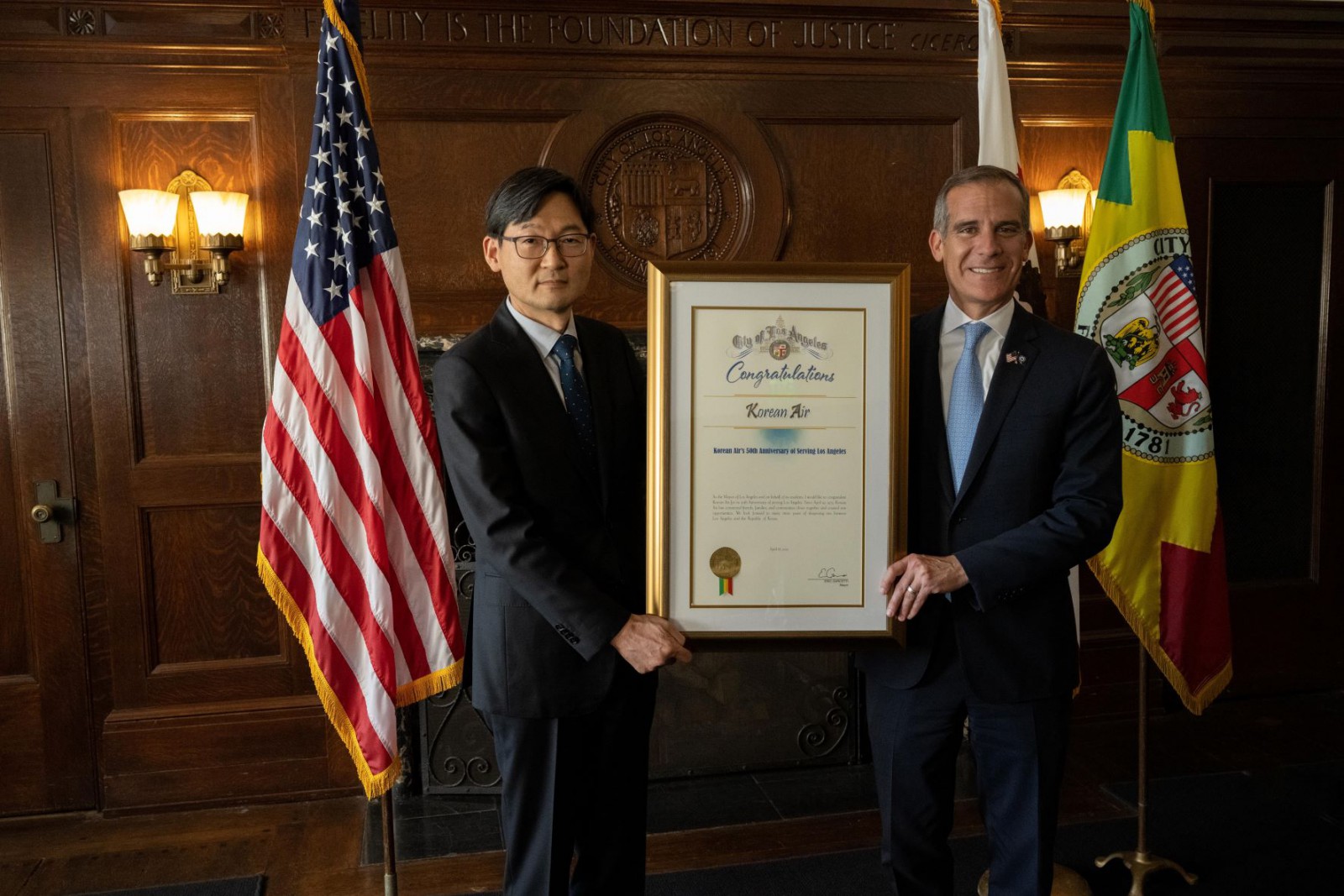 Approximately 11,000 direct and indirect jobs have been created in related businesses in the 13 cities served by the airline, adding about US$110 million per year in added value through labour market and consumption says the airline.

The airline says is estimated to have created 100,000 jobs, and to have generated an economic effect of USD 17 billion over the past half-century.

Since the launch of its first U.S. route, Korean Air has grown into a major global airline serving 120 cities in 43 countries.

The airline not only co-founded the SkyTeam Alliance together with Delta Air Lines, Aeroméxico and Air France in 2000 but also launched a transpacific joint venture with Delta Air Lines in 2018, connecting customers to more than 290 cities in the US and 80 points in Asia. Its transpacific joint venture is considered the industry’s most comprehensive.

Korean Air continued to serve the U.S. throughout the pandemic, and the airline delivered thousands of tons of cargo such as e-commerce products, semiconductor parts, medical supplies and COVID test kits, fruits and vegetables, and K-pop-related items.

Fifty years ago, a Korean Air Boeing 707 took off from Seoul Gimpo Airport, making stops in Tokyo and Honolulu before landing in Los Angeles.

Korean Air’s inaugural passenger flight from Seoul to Los Angeles marked the beginning of the central role the airline would play in fostering economic and cultural relations between Korea and the U.S.

Since the launch of its first U.S. route, Korean Air has grown into one of the largest transpacific airlines and a leader in passenger innovations and safety.