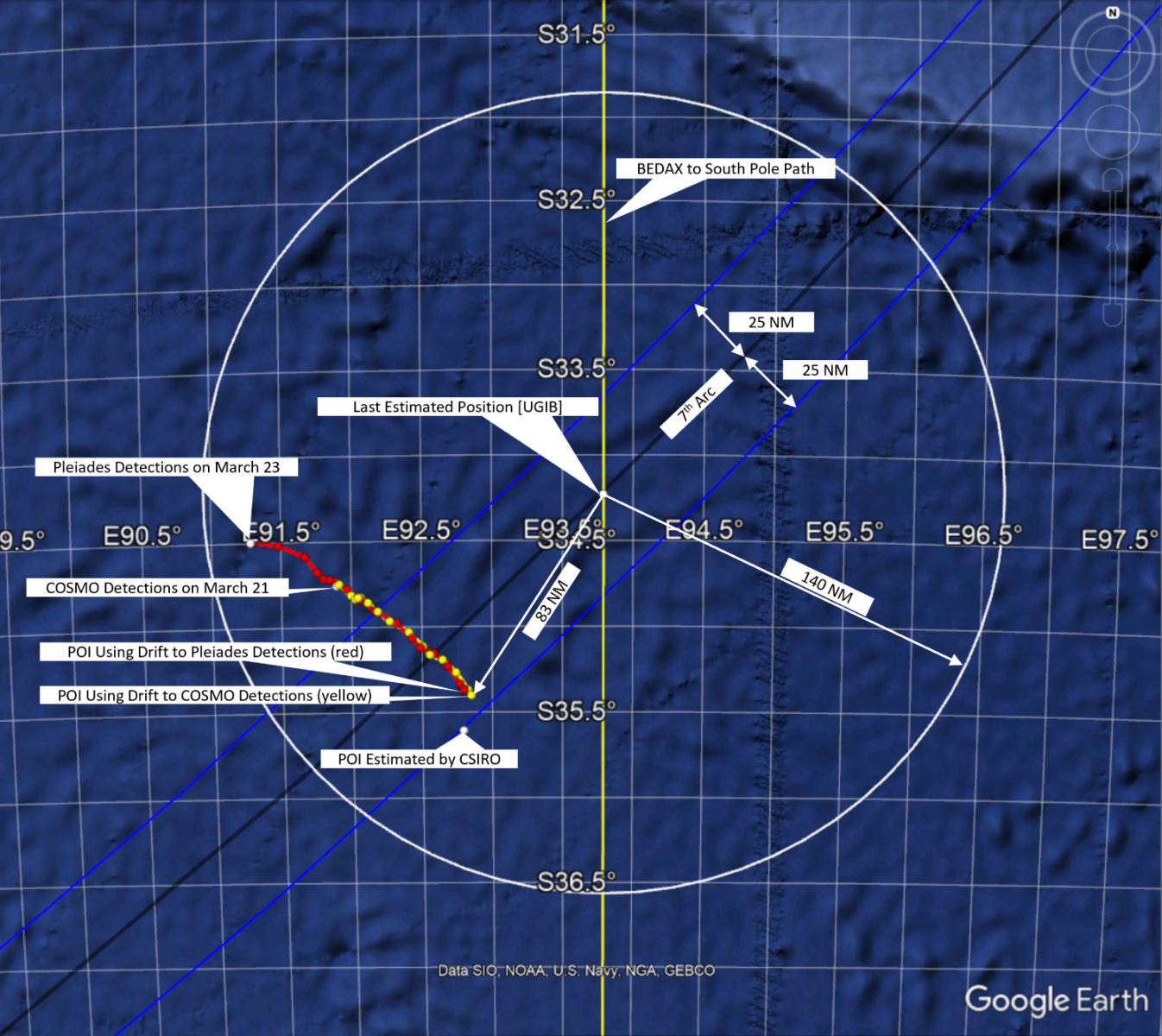 A source has disclosed to MH370 analysts Victor Iannello that an Italian satellite that is part of the COSMO-SkyMed constellation detected three floating objects on March 21, 2014, near where MH370 is believed to have crashed in the Southern Indian Ocean on March 8, 2014.

According to Mr. Iannello, “the detections are significant because we know that a French satellite that is part of the Pleiades constellation detected what appears to be man-made floating debris on March 23, read more ⇒