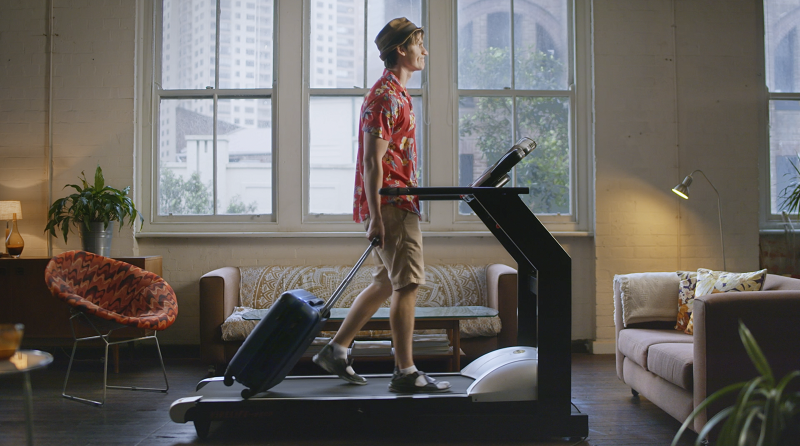 A scene from the Virgin campaign. Photo: Virgin Australia

A video will be released on social media before being aired on the Seven Network during the broadcast of the AFL grand final on September 25.

Australian carriers have yet to reveal whether they will require passengers to be vaccinated on domestic flights but both Qantas and Virgin have made jabs mandatory for staff.

READ: Virgin Australia will require staff to be vaccinated.

Virgin is also dangling a carrot in front of employees who get the jab before November 15 with incentives that include a holiday to Hamilton Island, additional annual leave, business class flights and lounge memberships.

It said a staff survey found that more than 75 percent of the frontline workers had received at least one dose of a COVID-19 vaccine, with another 9 percent registered for vaccination.

Australia’s east coast has been devastated by lockdowns prompted by the arrival of the infectious Delta variant and governments have been urging as many people as possible to get vaccinated.

Fear of the disease and promises that locked down areas will begin progressively opening up as the country reaches fully-vaccinated thresholds of 70 and 80 percent of the eligible population have seen a surge in inoculations.

Australia’s major airlines are vying to convince passengers to get COVID jabs with a smorgasbord of incentives that now allows one to become a Virgin Australia frequent flyer millionaire.

Virgin on Wednesday unveiled hundreds of prizes such as business class flights and lounge memberships as part of a “VA-X & Win” competition with a total prize pool of more than $150,000.

Topping the competition is a grand prize of a million frequent points.