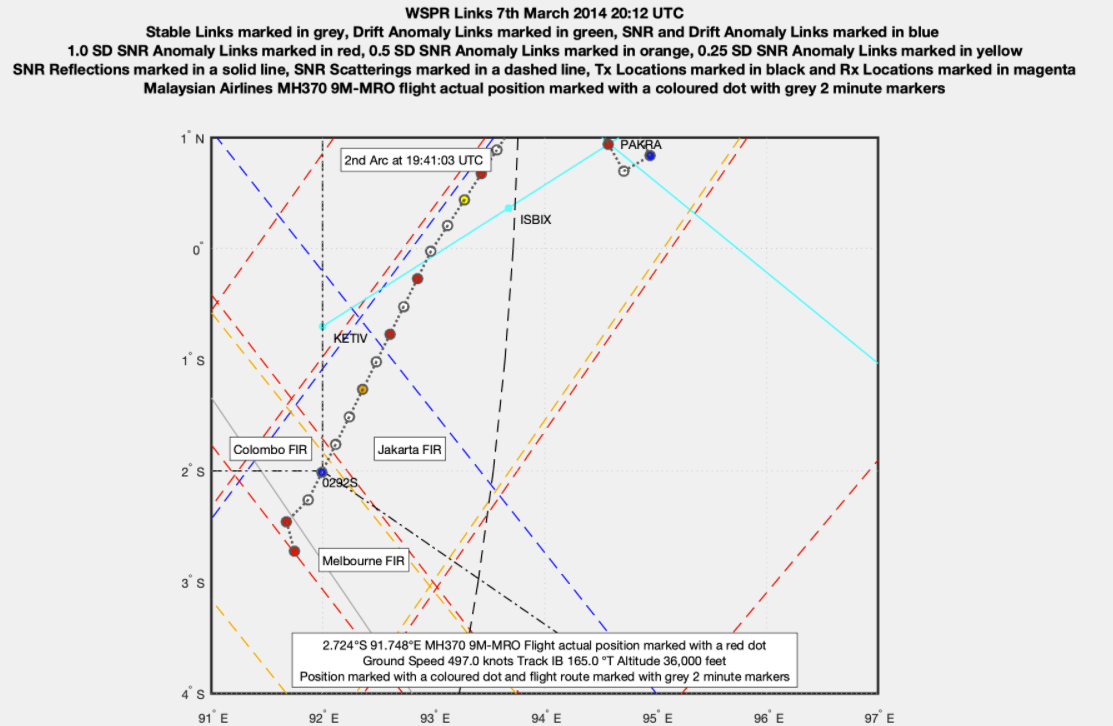 The new revolutionary analysis of the flight route of M370 by aerospace engineer Richard Godfrey has revealed that after leaving a holding pattern, MH370 turn toward Geraldton in Western Australia.

Last week in a sensational development in the search for MH370, Mr. Godfrey discovered that after following the coastline of Sumatra the Boeing 777 was put into a holding pattern for 22 minutes before proceeding south.

Mr. Godfrey is using a revolutionary new tracking technology called WSPRnet to track MH370 which it is hoped will lead to a new search.