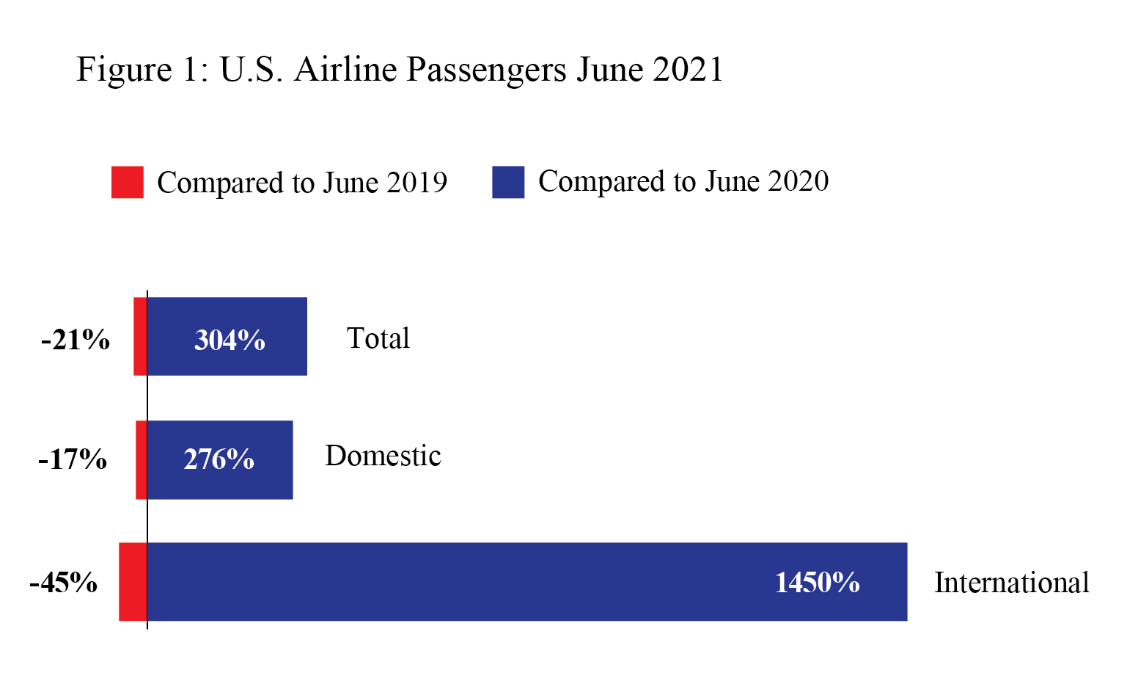 The US Bureau of Transportation Statistics figures covering 21 airlines carrying more than 90 percent of passengers were up 21 percent overall compared to May.

They were also a long way from the 3 million passengers carried in April 2020, the lowest figures monthly figure in BTS records dating back to 1974.

The figures come as airlines in the US and elsewhere have recently taken a more optimistic tone about travel markets.

Alaska Airlines announced this week that it was accelerating its fleet renewal by converting 12 Boeing 737 MAX options after strong second-quarter earnings.

Dubai-based Emirates plans to restore capacity to 29 cities across its network as travel demand rises in response to eased COVID restrictions in some regions.

In Europe,  low-cost giant Ryanair announced in July it would boost seats in the market as bookings picked up as rival Wizz Air revealed plans to return capacity to pre-COVID levels.

British Airways earlier this month reopened its flagship US lounge as bookings to America surged by 95 percent due to eased UK COVID restrictions for fully-vaccinated international travelers.

The number of international passengers carried by US airlines in June was a whopping 1450 percent higher than a year previously as summer travel helped lift the aviation industry out of the coronavirus abyss.

The June figure of 6.1 million international passengers was still down 45 percent on pre-pandemic figures for 2019 but underscored a rising optimism about travel despite continuing difficulties due to COVID-19.

Some 60.3 million domestic passengers took to the air in June, just 17 percent short of pre-pandemic levels and 276 percent higher than June 2020.