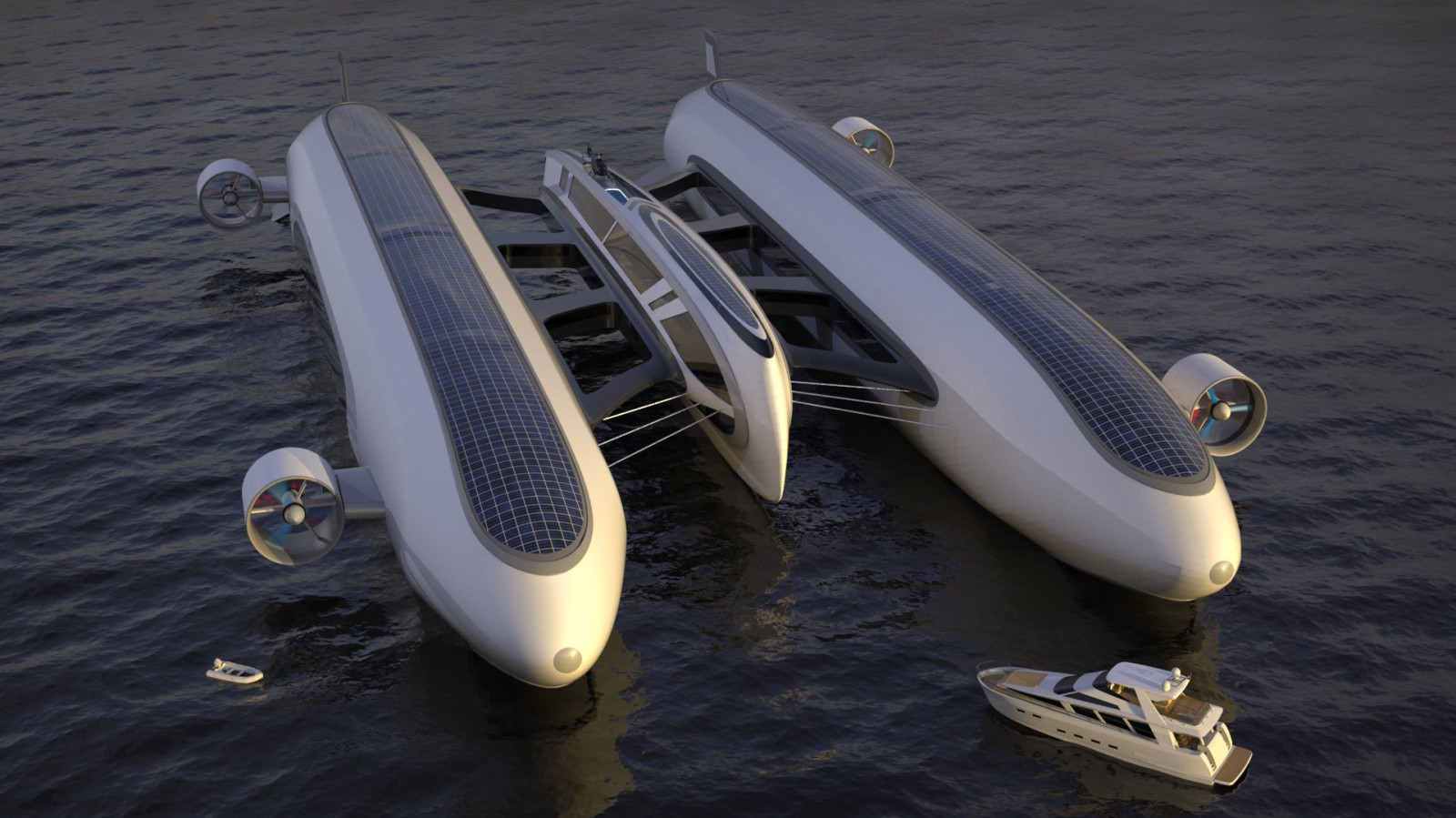 Called Air Yacht, the extravagant vehicle has been revealed in concept images from Rome-based firm Lazzarini Design Studio according to a Daily Mail report.

According to the website, “the dry carbon fibre structure can reach 60 knots thanks to four solar-powered electric propellers and two helium-filled blimps, allowing it to fly, hover and float on the water too.”