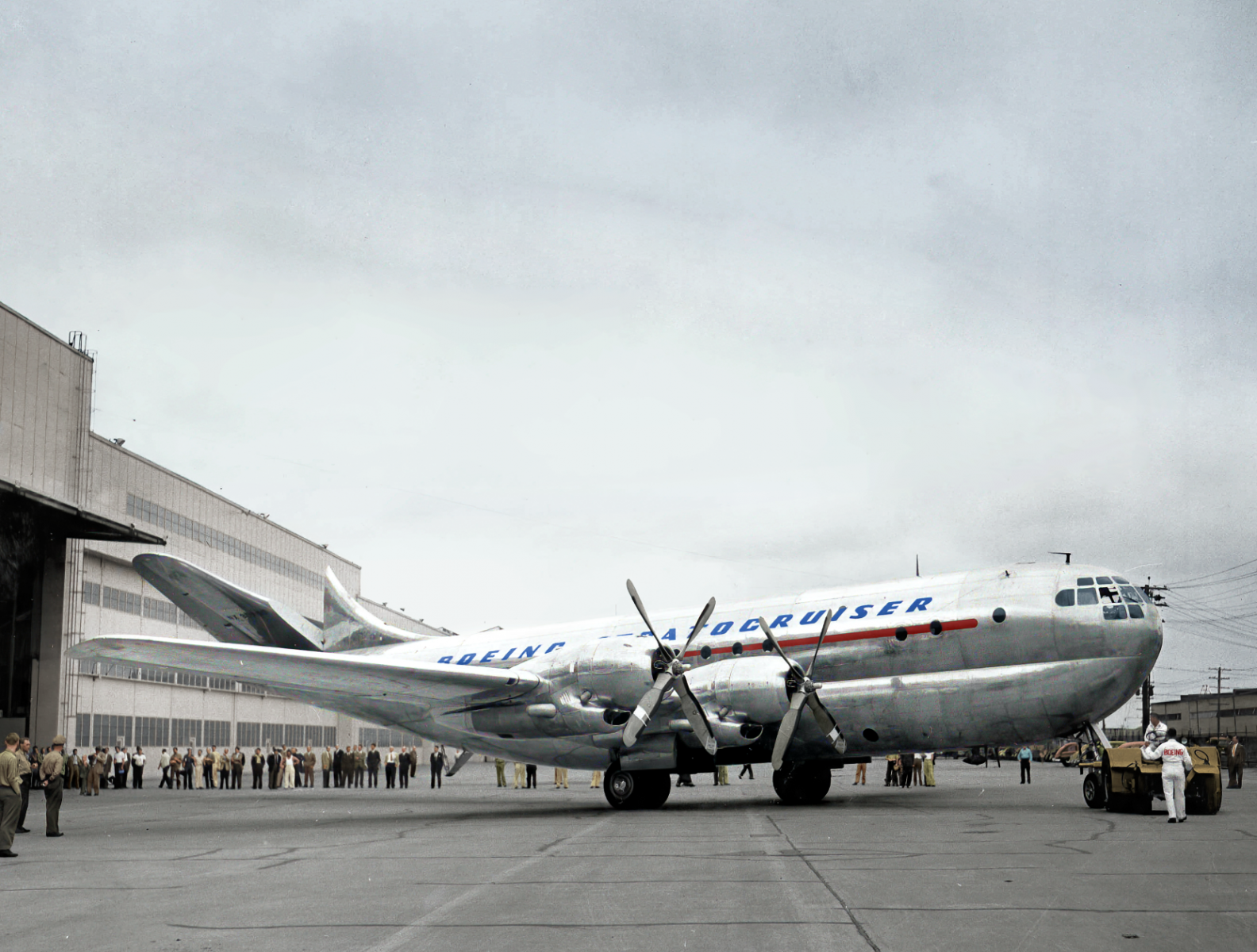 Roll out of the first Stratocruiser in June 1947. Credit Boeing Historical Archives colorised by Benoit Vienne.

A circular staircase led to a lower-deck beverage lounge, and flight attendants prepared hot meals for 50 to 100 people in a state-of-the-art galley (see video below).

As a sleeper, the Stratocruiser was equipped with 28 upper-and-lower bunk units. 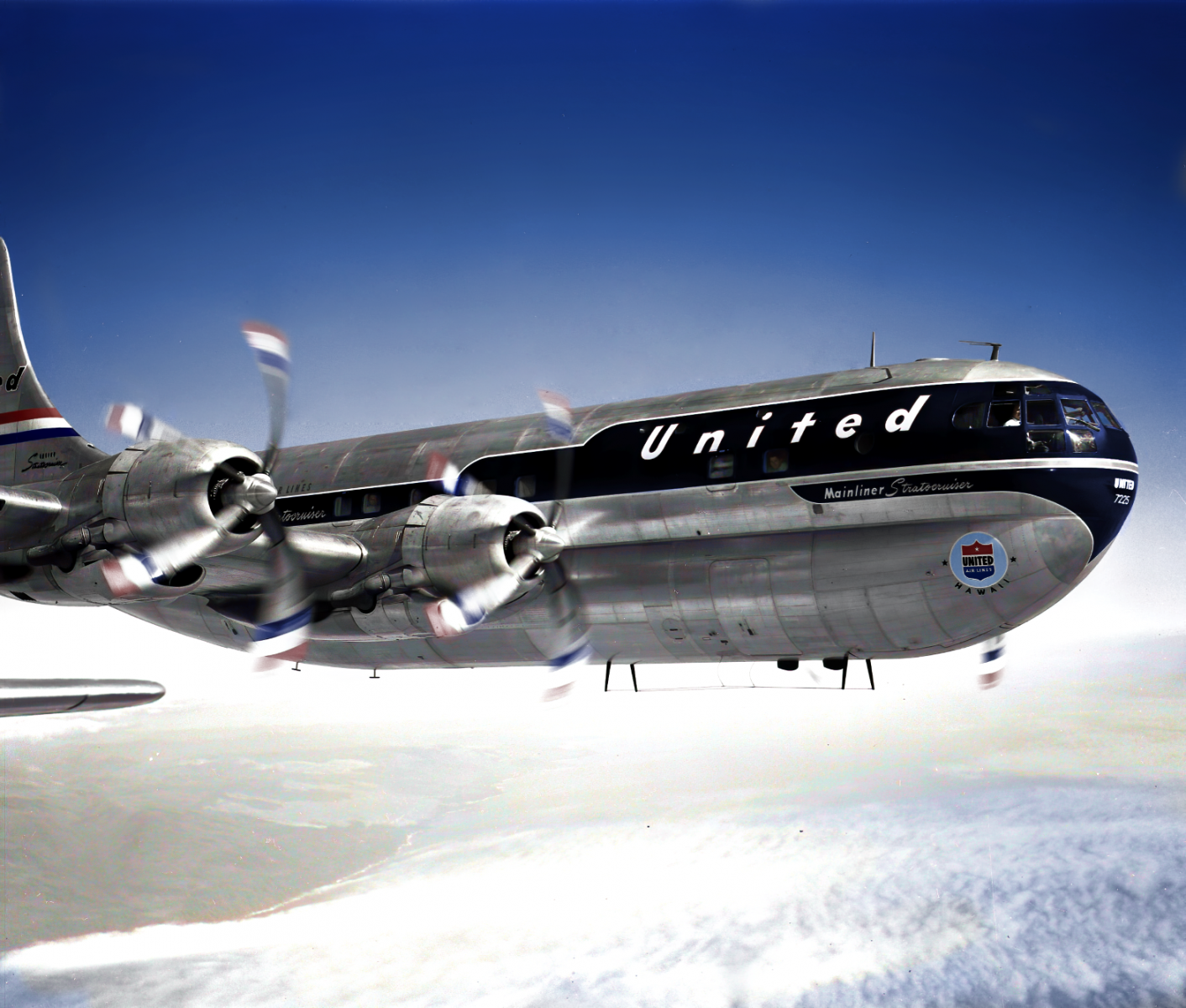 Pan American was the lead airline and began services between San Francisco and Honolulu in 1949.

Boeing only built 56 Stratocruisers between 1947 and 1950 because they were not as economical as the Douglas DC-6 and Lockheed Constellation. 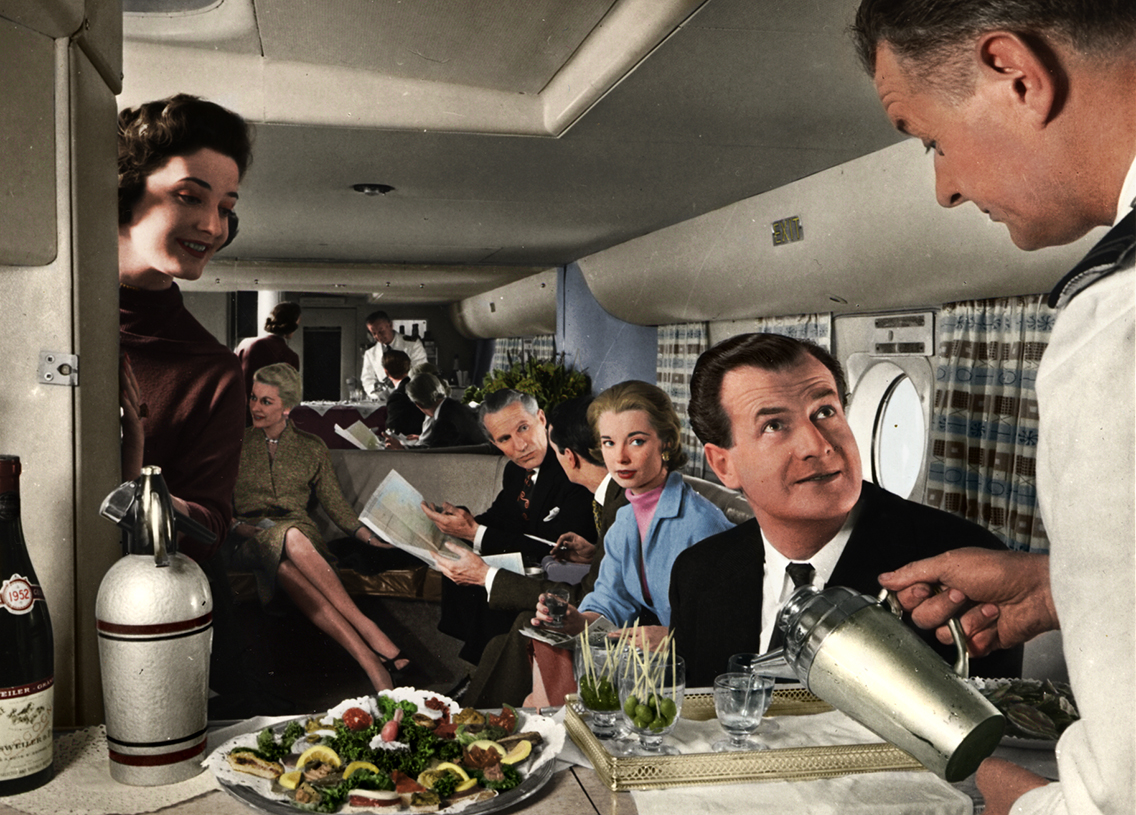 For the first time, long-haul air travel had become easy, comfortable and more affordable, as Boeing, Douglas and Lockheed improved the performance of their designs to gain an edge.

But the engines were a challenge.

The Stratocruiser was powered by four Pratt & Whitney’s R-4360 engines that produced 4,300hp.

It had 28 cylinders in four rows, 56 manually-adjustable valves and 56 spark plugs.

However, the Stratocruiser suffered an engine failure every 158 flights.

These new colorized images done by Benoit Vienne of the magnificent Boeing Stratocruiser jumbo of the 1950s bring to life what is termed the golden era of air travel.

The Boeing Model 377 which was dubbed the Stratocruiser was the company’s first airliner after WW11 and it was a giant of its day.

READ: After Qantas Airbus order Boeing must rethink the 737 MAX.

Based on the WW11 bomber the B-29, the B377 possessed all the speed and technical improvements available to bombers at the end of the war.