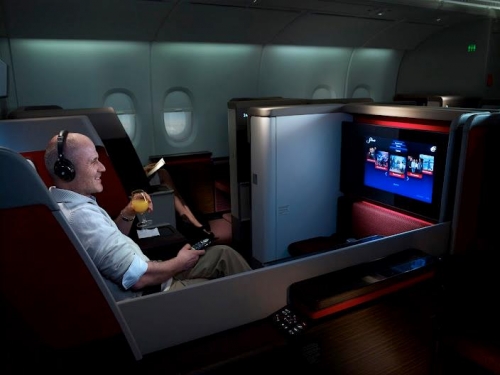 The A380 was popular with passengers because of its space and comfort. Malaysia’s first class.

Airbus is ending production of the A380, with the final two aircraft expected to be delivered to Dubai-based Emirates in 2022.

Inside the last A380s: AirlineRatings inspects the final superjumbos being readied for Emirates.

Although popular with passengers for its space and comfort,  the double-decker aircraft succumbed to the rise of fuel-efficient twin-engine aircraft such as the Airbus A350 and the Boeing 787.

Some of the hangars in Hamburg that supported A380 production are already being converted for the ramp-up of narrow body A321 XLR.

Emirates remains a big supporter of the superjumbo as other airlines have retired them and president Tim Clark says that he expects the airline to keep operating them into the next decade.

Qantas has also indicated it will bring A380s back into the fleet when international flying improves enough to support the double-decker plane.

Both airlines expect the four-engine behemoth to remain viable on busy trunk routes and at slot-constrained airports.

Malaysia Airlines is selling its fleet of A380s and has flagged an open tender on social media platform LinkedIn.

The post says the tender has a deadline of August 12 and is for all six superjumbos “and/or its (sic) components”.

The airline, which is in the process of restructuring, announced in May that it intended to retire the aircraft.