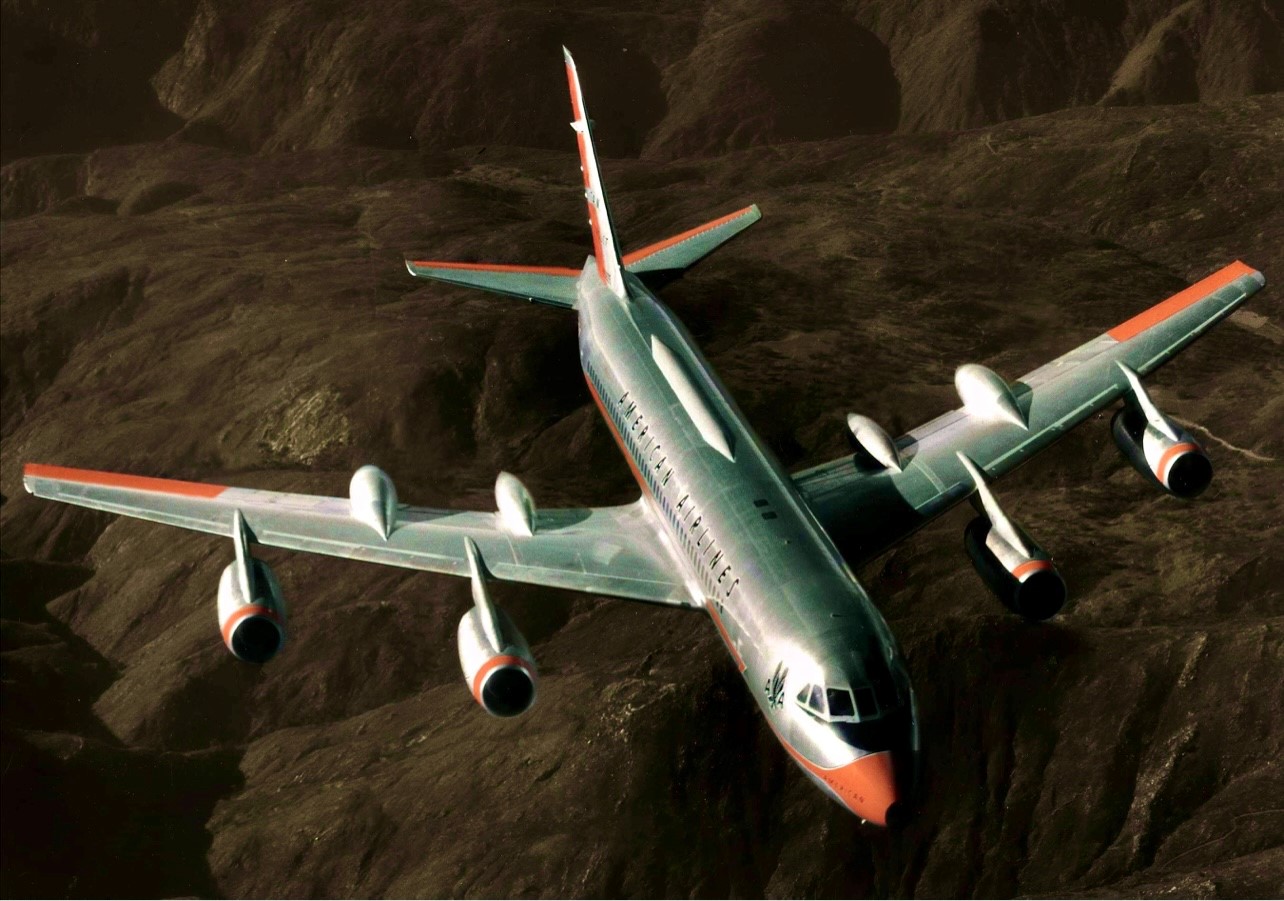 A sensational photo of an American Airlines Convair 990 has been colourised by Frenchman Benoit Vienne.

The photo epitomizes the raw speed of what was the world’s fastest subsonic jet built by San Diego-based Convair, a division of General Dynamics.

Original colour imagery of the Convair 990 series is rare and of the American 990 even rarer.

Some years back Airline Ratings discovered and had scanned a small cache of colour factory shots of CV880s and CV990s but there was precious little of the American Airlines 990s.