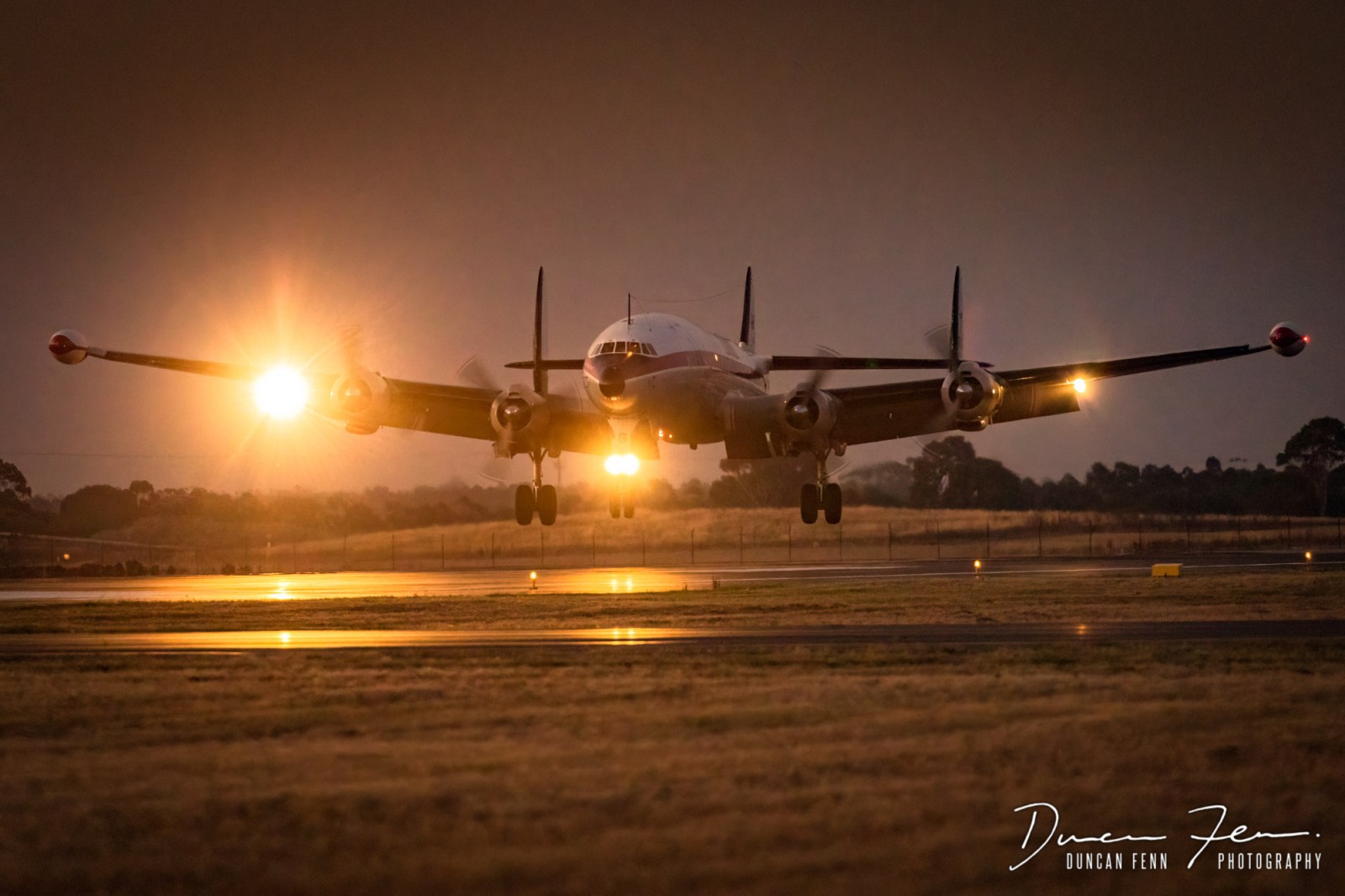 According to Mr. Fenn, of Duncan Fenn Photography VH-EAG ‘Southern Preservation’ is in fact the militarized version of the Super Constellation or ‘Connie’ as it is affectionately known.

It was originally built as a C-121C for the United States Air Force, serial number 54-0157, c/n 4176, and was delivered on 6 October 1955 when it was allocated to the 1608th Military Air Transport Wing based at Charleston, South Carolina.