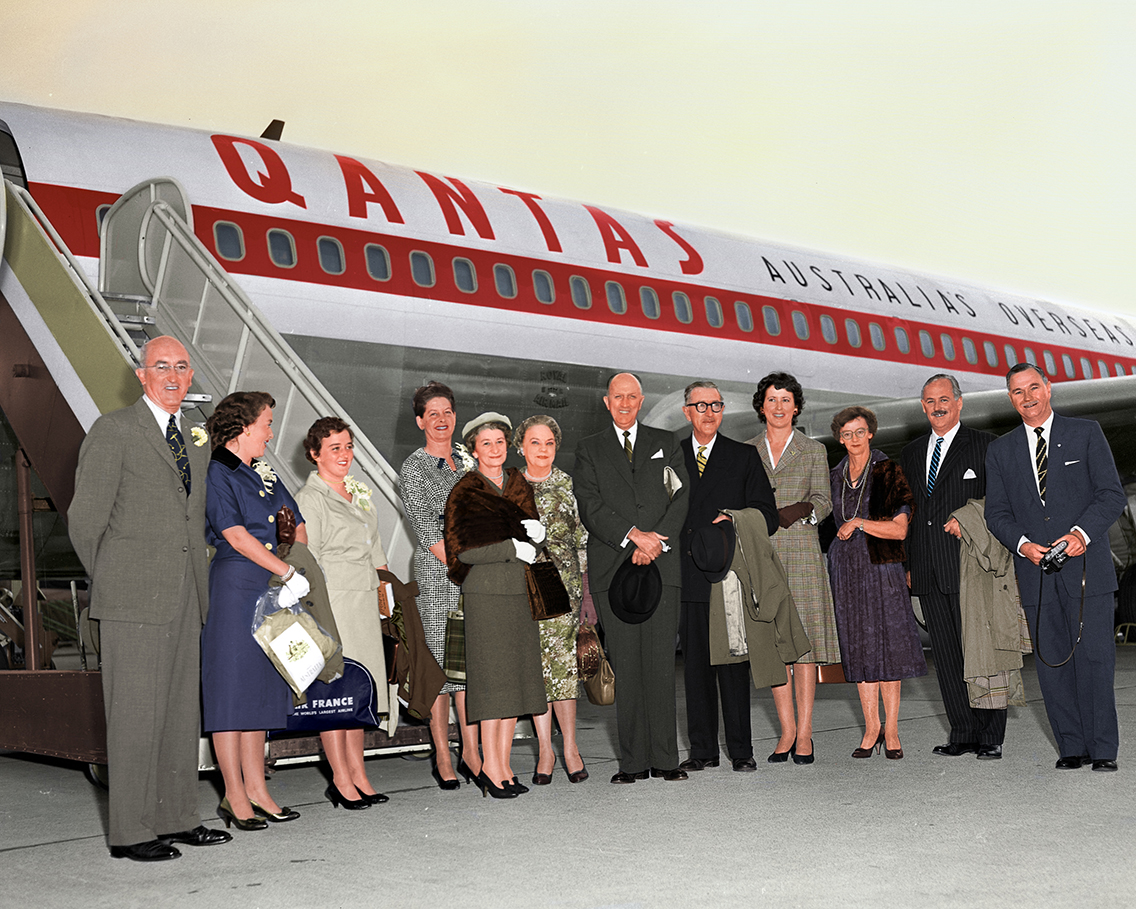 Qantas and Boeing executives and their wives are about to board the airline’s first 707 for its delivery flight to Australia. in 1959 Boeing photo colorized by Benoit Vienne.

But first Mr. Vienne had to master photoshop – an art in itself.

“I started to colorize in early 2015 but it was really hard to use photoshop because it was the first time that I was using the program. “

But months of practice had paid big dividends with Mr. Vienne colorizing hundreds of military photos of British, French American, and German soldiers as well as civilian portraits and weddings.

For AirlineRatings.com Mr. Vienne has colorized hundreds of airline interior and aircraft pictures that have proved very popular with the website’s millions of followers.

Mr. Vienne has done work for Qantas and Boeing as well.

It is an art in itself – bringing aging black and white Boeing photos to life with brilliant color.

And for 24-year old Frenchman Benoit Vienne who brings color to aviation, it is a passion that started years ago when playing historical video games. That passion was ignited when he discovered colorized photos on the internet.

SEE: Behind the scenes of the amazing Emirates advert

SEE: Amazing AN225 landing in fog