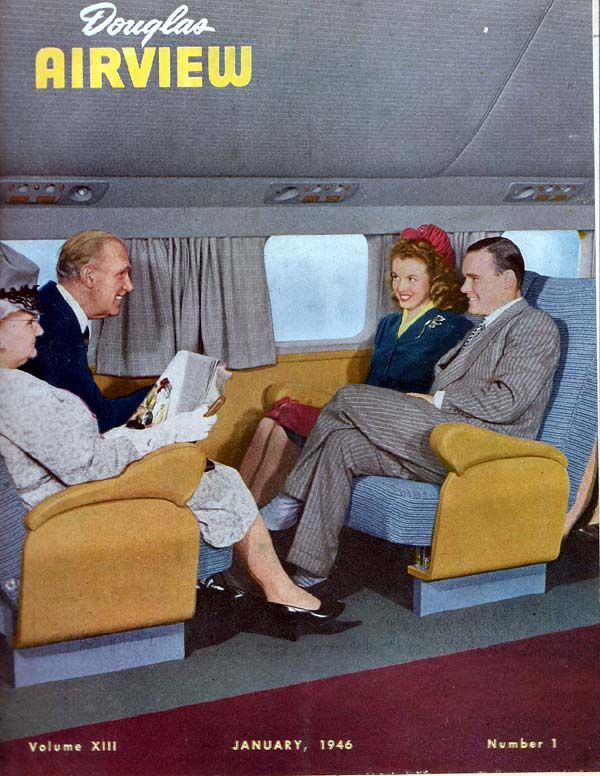 Marilyn Monroe’s first photoshoot was to publicize the new Douglas DC-6 for the Douglas Aircraft Company in late 1945.

In 1942 Marilyn Monroe, who was born Norma Jeane Mortenson (later changed to Baker) on June 1, 1926, married a 21-year-old employee of the Douglas Aircraft Company James Dougherty.

This led Marilyn to secure the photoshoot assignment which showed her on the cover (below) of the Douglas “Airview” staff and customer magazine.

These unique black and white pictures of the photoshoot in the DC-6 cabin mockup were given to AirlineRatings.com by a retired Douglas engineer and have been colored by Frenchman Benoit Vienne.