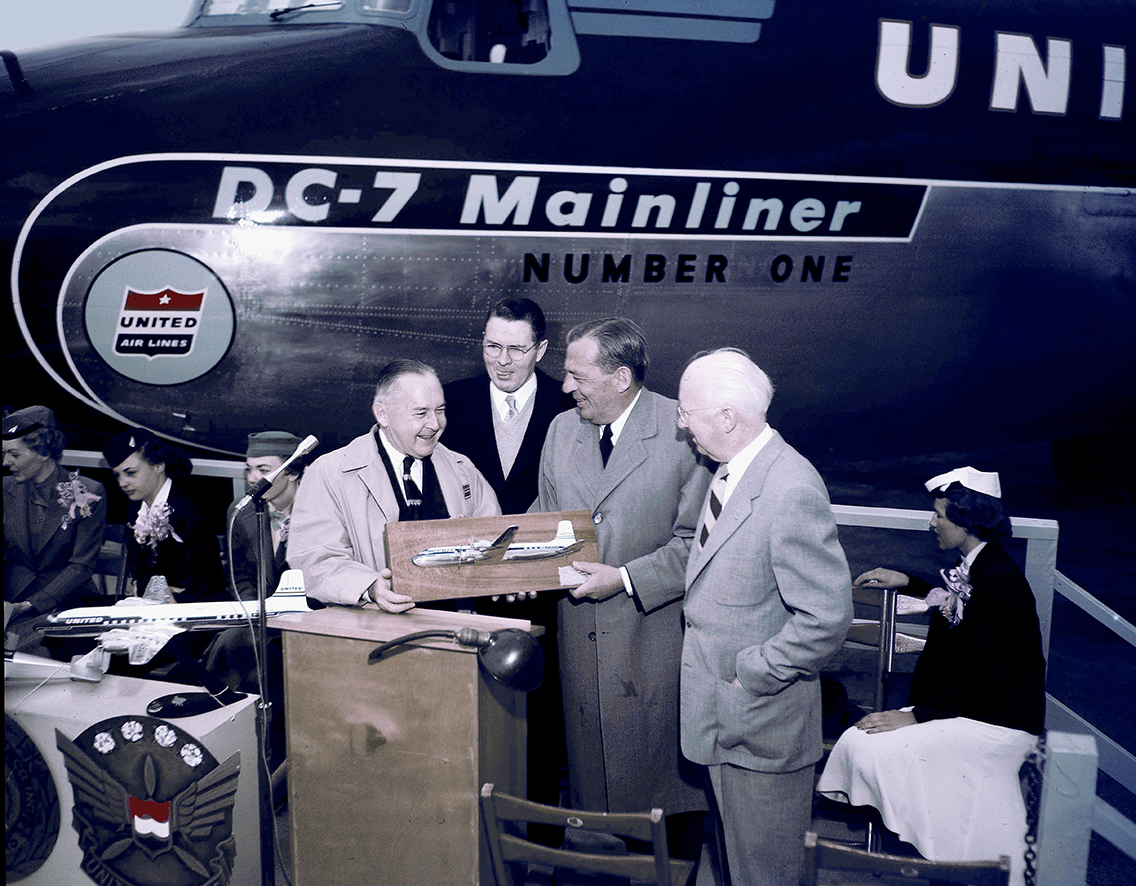 Those orders led to a deep friendship with plane-maker Donald Douglas.

But he did not forget his Boeing heritage, ordering Boeing 720s and launching the 727s and 737.

United’s William (Pat) Patterson was a giant in the airline industry and is brought to life with these special color images done by french colourist Benoit Vienne.

William Patterson was born on a sugarcane plantation in Oahu, Hawaii. When he was 13, his widowed mother moved to San Francisco and he remained at the Honolulu Military Academy.

However, young Patterson was not one for the academy and left after he was able to persuade a local captain to give him passage to San Francisco if he worked on the ship.