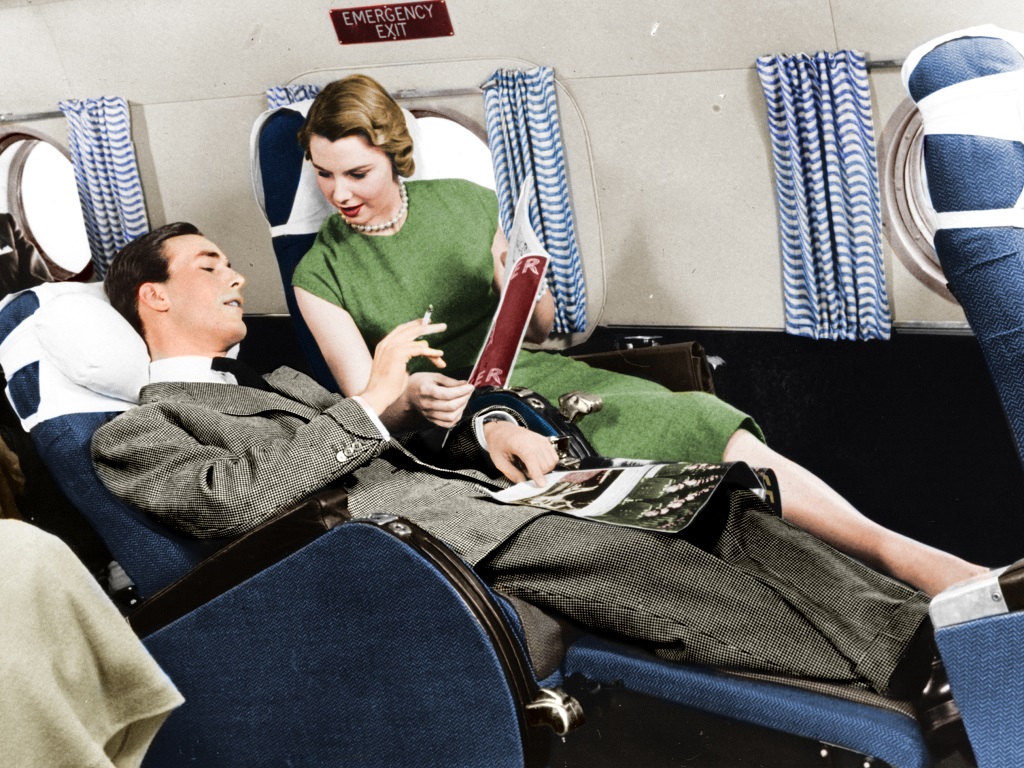 In the golden age of flying in-flight entertainment was very different from today.

So as you contemplate a return to normal flying during the COVID-19 pandemic flash back to the 1950s and 1960s with us with many gorgeous images colorized by Benoit Vienne.

During the 1950s and 60s in-flight entertainment or “IFE” as we know it today was in its infancy and rudimentary.

Although the first film was shown on an aircraft in 1921 it wasn’t until the 1960s that IFE – movies – became mainstream.