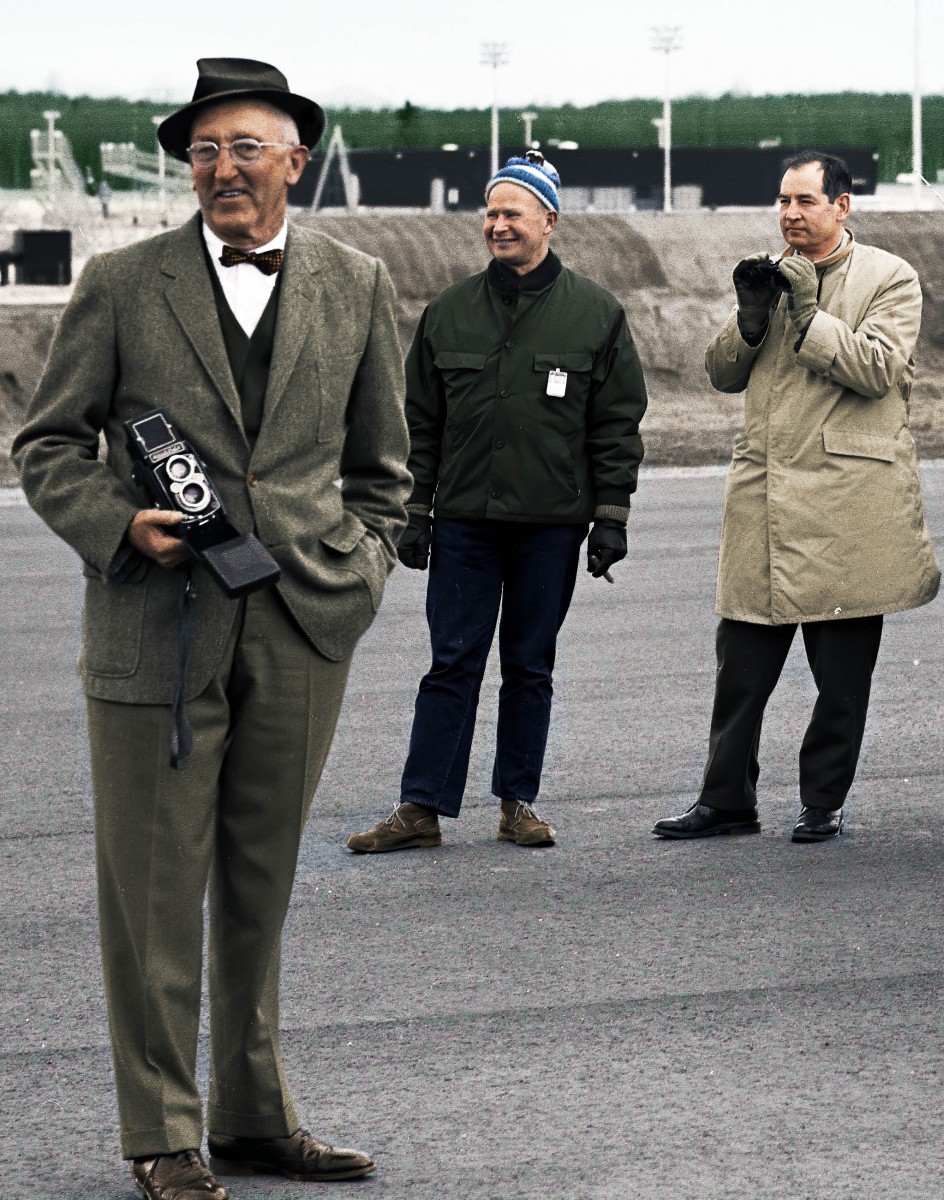 Boeing’s President Bill Allen (Left) and Joe Sutter (right) at the first flight of the 747. Colorised by Benoit Vienne

That first flight lasted 75 minutes and, according to Sutter, proved that the 747 flew well, was stable and had light controls with well-balanced forces.

“This is a flying arrow,” Wadell declared after the flight. “A pilot’s airplane.”

The 747 was the result of work by about 50,000 people, dubbed “the Incredibles”, who built the aircraft in less than 16 months.

That first plane was 225ft (68.5m) long with a tail as tall as a six-story building and required the construction of a 200-million-cubic foot (5.6m cu. m) plant at Everett, near the US city of Seattle.

It carried a ton of air when it was pressurized,  its cargo hold had room for 3400 pieces of baggage and its total wing area was bigger than a basketball court.

It was unlikely anyone was thinking about the change they were about to unleash on the lives of billions of people as the first Boeing 747 rolled out onto Everett’s Paine Field during a cold winter morning on February 9, 1969.

Their attention was very much on how this somewhat controversial giant of the skies would perform.

The plan had been for read more ⇒